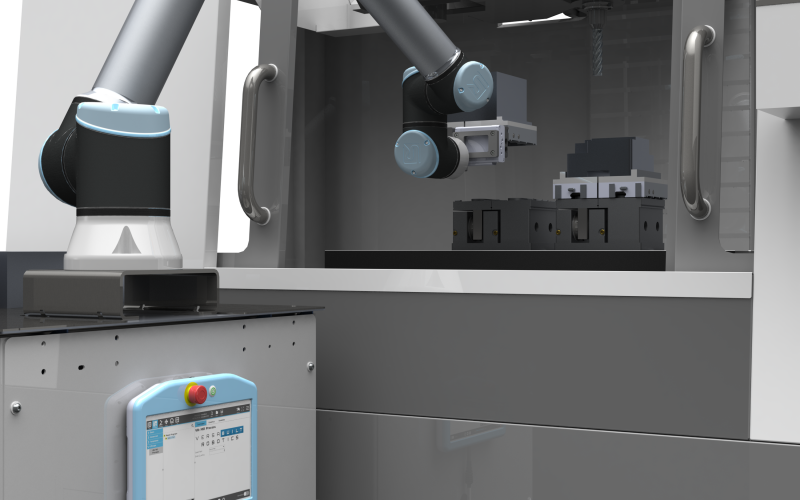 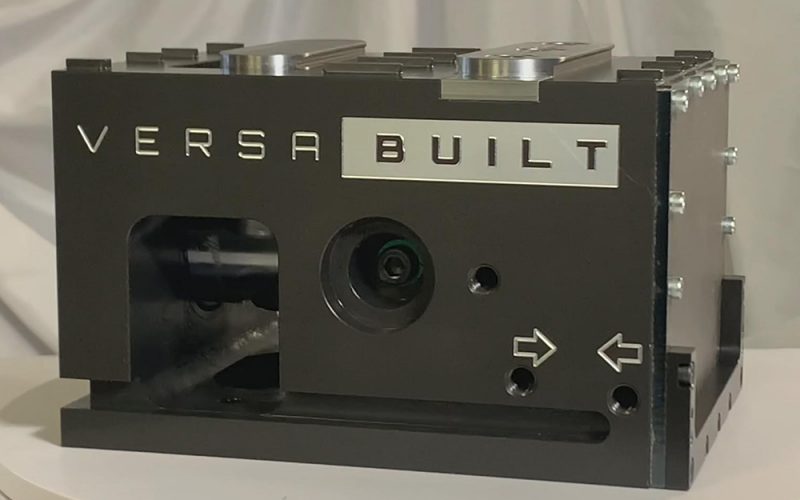 VersaBuilt Robotics is a leading technology company, based in Boise, Idaho, providing robot automated CNC solutions to manufacturers worldwide. The Company also offers advanced engineering and support services to its global customer base.

The VersaBuilt Robotics was born out of the CNC production facility of Rekluse Motor Sports. Rekluse is a leading manufacturer of aftermarket motorcycle clutches. Being successful in the aftermarket motorcycle clutch business requires making many different part numbers in small quantities, with large swings in volume due to seasonal demand. Recognizing that CNC operator labor was a constraint for the business, Rekluse management made the decision to pursue robotic CNC automation.

Working with a local robotics integrator, and starting with traditional robot grippers and CNC vises, the team was soon struggling. Trying to integrate the dozens of diverse part shapes that were candidates for robotic automation was proving to be more difficult, time consuming and expensive than anticipated.

One day, after a frustrating round of failures, one of the engineers asked, “Why can’t the robot and CNC vise use the same jaws?” After a round of glances with raised eyebrows, the discussion quickly moved to a whiteboard brainstorming session. The team recognized that if they could make a jaw system that was shared by both the robot and the CNC, they could truly generalize the integration of almost any part shape for automation.

After several months of R&D, the first version of MultiGrip jaws were put into production. With MultiGrip jaws, the team was soon integrating new parts for automation in hours instead of weeks. Patents for the new technology were filed.

The management team at Rekluse recognized that MultiGrip technology had applications far beyond the needs of Rekluse. In 2014, VersaBuilt, Inc. was formed as a new company to build a product around the new MultiGrip jaw technology.

Today, VersaBuilt Robotics is helping global manufacturing organizations recognize the benefits of robotic automation across a wide range of industries.

We would love the opportunity to show you the innovative tools that can transform your automation.

VersaBuilt was founded by machinists with a lofty but simple goal: automate everything. Not just the high-volume parts, all of the parts. The result of that effort is VersaBuilt’s patented MultiGrip Automation Workholding System.